Erath County Courthouse - Past Versus Present

Born August 2, 1863 and died on March 16, 1937, he was an architect who practiced in San Antonio until 1902 and then in New York City, where he established a national reputation. J. Riely Gordon is best known for his landmark county courthouses, in particular those in Texas. Working during the state’s "Golden Age" (1883–1898) of courthouse construction, Gordon saw 18 of his designs erected from 1885 to 1901; today 12 remain. 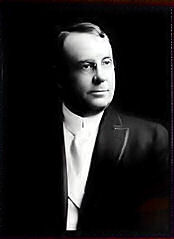 The Erath County Courthouse through the years

The Erath County Courthouse, built in Stephenville, Texas in 1892, was designed by J. Riely Gordon, famous for the design and construction of 16 county courthouses in Texas. The exterior of the building was in the "Richardsonian Romanesque" style for which he is well known, built of white limestone, and trimmed with Pecos red sandstone. The original plans and drawings of the Erath County Courthouse are no longer known to exist. There was a set reported to exist in Stephenville, but have since been lost. Therefore, the only records that exist of the building’s original configuration and appearance are a few historic photographs, the physical record of the building itself, the references to the change in plans in the Commissioners Court Minutes when the architect and his plans were accepted, and a printed description from an article in The Journal that was published in 1892. The article has an engraving of the rendering of the original proposed exterior appearance that substantiates the fact that the building was not built as originally proposed and a "walk through" description of the building as it was being built.

These records give us insight into its original configuration and appearance, but certainly not to the extent that the actual plans and specifications would have given us. The historic photos show that the colonnades were eliminated from three of the four entrances, and the physical research that has been performed indicates that most of the description in the newspaper proved to be accurate. But as in many cases plans are often changed as the building is being built. Perhaps changes were made due to budget constraints, material availability, or someone simply wanted a change from what was originally planned. Whatever circumstances that were at hand as the Erath County Courthouse was being built, there are two particular changes that differ from the description in The Journal. There are no references in the County Commissioners Court Minutes to any "change orders" or any other written record that exists or any person living to explain the differences. There is, however, the physical evidence of the remains of construction materials that were left from the work performed during various rehabs. One of these is the physical evidence from the replacements of the roof in 1949 and 1988. There are no remains of any roofing material that was red tile as the newspaper described it, and all of the remains of the roofing materials in the attic prove that the roof was gray; the original being gray slate, and the 1949 roof being gray asbestos fiber cement shingles. Another of the changes that may have been made is the reference in the article to the private staircase in the Sheriff’s office that ascended to the third floor. The location of this important element will have to be verified by performing investigative demolition.

Unfortunately throughout the 108-year existence of the building there are many elements, materials, and designs of the original configuration and appearance that have been lost, destroyed, modified, or changed. The replacement and/or restoration of these elements in some instances will be speculative based on other works by the architect, architectural supply catalogs of the period, oral history, and historic photographs. In other instances the decisions will be made based on the actual historic and physical records. In either case, every effort has been made to return the Erath County Courthouse to its original configuration and appearance.

The Cellar originally consisted of four rooms connected by large arches in the limestone walls. The rooms were designed to be used as an engine room, a boiler room, and a coal room. The fourth room was unassigned. There was a corner fireplace in the southwest room, that being the largest room in the cellar. The flue for the fireplace extended from the basement up to the third floor and had a chimney that matched the one on the southeast corner of the building. The remainder of the space under the first floor of the building was crawl space that was divided by the foundation of the building.

Most of the description with regard to the moldings, trim, doors, door hardware, windows, and flooring of the first floor plan will be applicable on the second and third floors. The original 1892 configuration and design was a straight forward, undivided use of spaces defined by the 12" thick stone and masonry walls finished with plaster. The most striking and prominent spaces of the first, second, and third floors of the courthouse was the open corridor that surrounded the open tower built with 12 arches on each floor built of the same limestone that is the same building material as the exterior. The corridor flowed freely through eight massive arches, two each flanking each interior corner of the square court. The open tower allowed one to look up 75’ to the tower’s top platform.

At each of the four entrances were 2"x2’x8’ double doors with two flush-molded panels on the lower portion of the door and glass in the upper panel of the door. The double doors were flanked on each side with matching stationary sidelights. The interior doors were five panel flush moulded, and those offices requiring a door with glass in them matched the solid ones, but with glass in the two upper panels. The door hardware was manufactured with the lost-wax cast method, red bronze in one of the popular Anglo-Japanese patterns of the day manufactured by the Branford Lock Works, Branford Connecticut. Most of the doors had transoms, and the doorjambs were paneled to match the doors. The doors, the interior surfaces of the window sashes, the door and window casings, corner blocks, plinth blocks, wainscoting, door jambs and frames, and base moldings were all natural finished "grainery pine", as it was referred to in the 1892 description.

Most likely the original finish was tinted shellac as that was the most common finish for woodwork during the late 19th century. The wainscoting in the stairwells was alternating vertical runs of 1x4 "beaded ceiling" and smooth flooring capped by a nosed 1x2 and trimmed with a scotia molding below the cap. The majority of the exterior and interior windows were one-over-one double hung sash with either a rectangular or semi-circular transom above. There were, however, some that were split circle top wood casements located in the district court room on the second floor.

The two staircases, located in the east and west corridors, were ornate cast iron units with pine handrails mounted above the beautiful wrought balustrades. They ascended to the third floor on the west and to the first landing on the fourth floor in the tower. From there a set of wooden stairs followed the interior perimeter of the tower, and led you to the seventh level in the tower. At that time the clock and bell had not been installed, but the space was designed to accommodate a clock.

The floors were laid with alternating 12" square white and gray mottled marble tiles forming a checkerboard pattern, and they were also used on the stair landings. The ceilings were generally plaster suspended from the iron beams supporting the floor above, although some of the ceilings were merely the painted structural corrugated iron and iron beams.

As on the first floor, the room spaces were defined by the stone and the masonry walls, and the trim, doors, door hardware, windows, ceilings, and floors were also of the same design, materials, and finishes.

The district Courtroom, referred to as "the crowning jewel" of the building had paneled wainscoting that matched the doors and doorjambs, and the ceiling was coffered with built up beams and "13 decorative metal panels soaring 24’ above the courtroom". Seven decorative wood columns supported the gallery, accessible from the third floor, and the floor was sloped much like a theater to allow the spectators a view of the proceedings at hand. The judge’s rostrum and witness stands matched the wainscoting, and a wood balustrade separated the spectator and jury areas from the rostrum and attorneys table.

As on the first floor, the room spaces were defined by the stone and the masonry walls, and the trim, doors, door hardware, windows, ceilings, and floors were also of the same design, materials, and finishes. However, an interesting feature of the third floor should be noted here, that being a "lavatory furnished with baths and closets complete" was located between two of the Jury Rooms that served as night rooms on the north side of the main corridor. Also, the east stairs ascended to the fourth floor where they connected to the wooden stairs that took you into the tower.

The gallery was the most prominent and spectacular feature of the third floor. On either side of the tower there were two sets of double doors at the top of four steps that led on to the top, or main, floor of the gallery. The gallery floor stepped down four levels with seats or chairs on each of the five levels much as the configuration of the balcony in a theater. The total seating capacity was noted to be "about 400", and giving the spectators a spectacular view of the proceedings at hand.